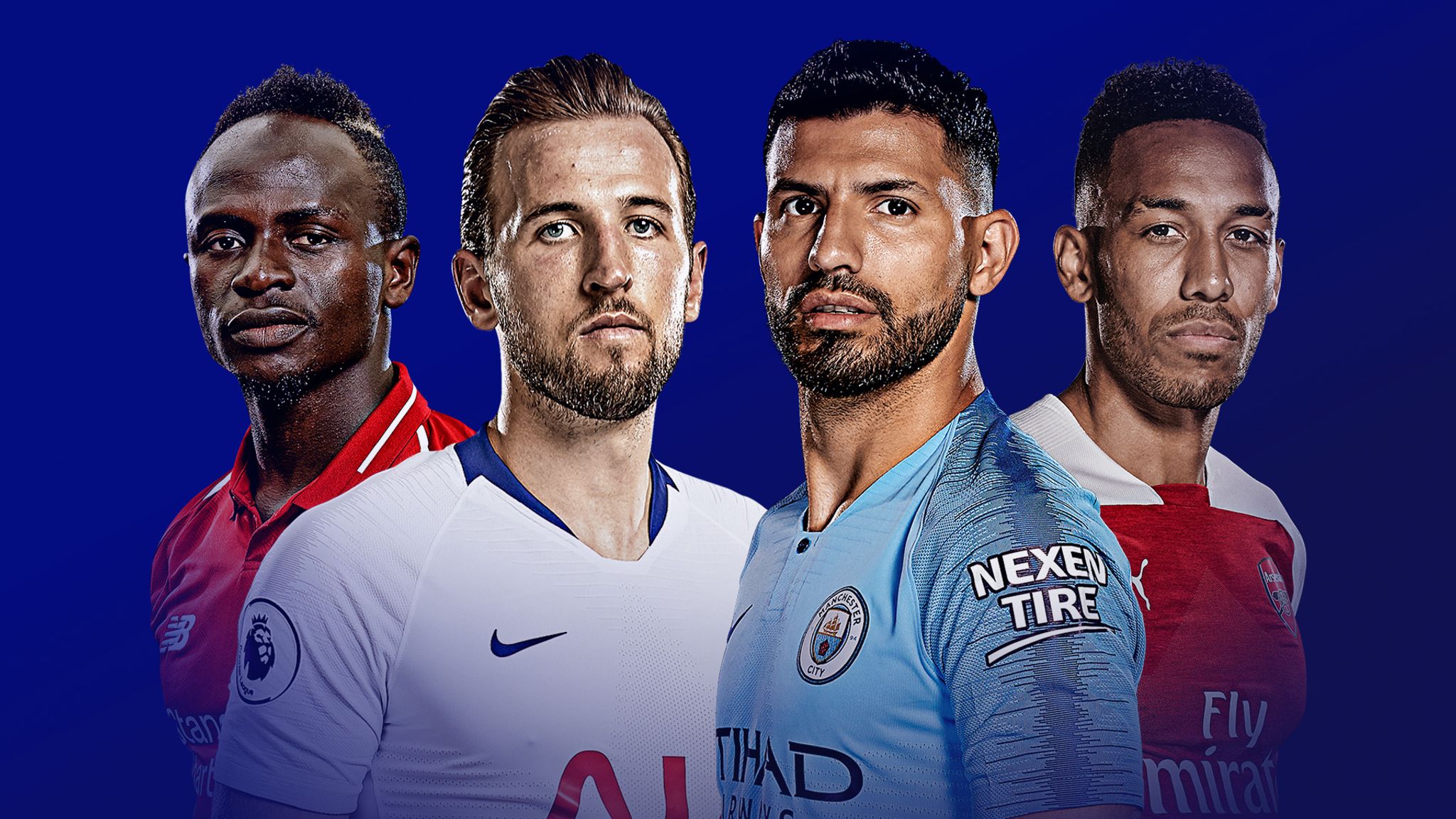 Over the years, several players have scored truckloads of goals in the Premier League. But, some have been able to take goal-scoring to another level. Follow all the records related to the most goals scored in a Premier League season.

Mohamed Salah lit up English football last season with an amazing performance for Liverpool, and broke the record for the most number of goals scored in a single Premier League season.

He has now claimed the record which was previously held by Luis Suarez, Cristiano Ronaldo and Alan Shearer. In fact the Egyptian international is one of only eight players to have ever scored more than 30 goals in a 38 game Premier League campaign. Here is a look at the sum-up table of top ten goalscorers in a Premier League season. 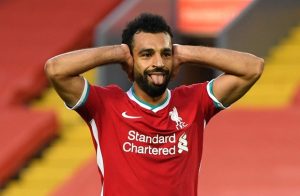 The Egyptian’s return to England was met with both joy and skepticism, with some believing his time at Roma was a sign of great things to come, and others believing that his failed spell at Chelsea was about to be repeated at Anfield.

But no-one could have imagined what was to come next, with Salah smashing in 32 goals from right wing. He banged in almost 40% of Liverpool’s goals in the campaign, helping the club secure fourth spot and qualification to the following season’s Champions League, which the Reds would go on to win. 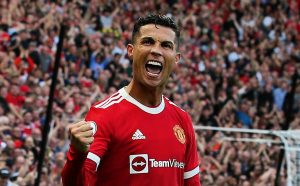 Ten years before Salah burst onto the Premier League scene properly, it was a young Ronaldo catching the eye of everyone with his scintillating displays in red, where he equalled the record for the most goals in premier league history.

Ronaldo netted 40% of Manchester United’s goals as they clinched their 17th league title, almost doubling his tally of 17 goals the season before. The Portuguese international would then go on to score the club’s only goal in the Champions League final, with Sir Alex Ferguson’s men defeating rivals Chelsea to secure the trophy. 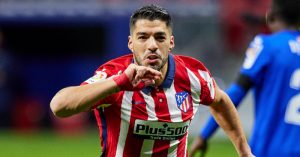 Salah’s feats just about managed to outdo those of fellow Liverpool hero Suarez, whose stunning efforts somehow still failed to bring a league title to Anfield. Manchester City clinched top spot by just two points at the expense of Brendan Rodgers’ side.

The Uruguayan stole all the individual headlines, however, clinching the Golden Boot, Player of the Season, PFA Players’ Player of the Year, and FWA Football of the Year awards, helping himself to three hat-tricks throughout the campaign. 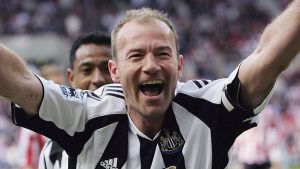 With 31 goals in a season, there is no doubt why Alan Shearer has his name on the list of most goals scored in a Premier League season.

Former Blackburn and Newcastle United striker Alan Shearer, is the Premier League’s all time leading goal scorer with 260 strikes to his name. He had scored 34 goals in the 1993-1994 and 1994-1995 seasons. But the league was bigger back then with 42 games being played. In his prime Shearer was one of the most complete strikers in Europe, capable of finding the net in every possible way. 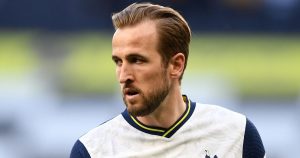 Spurs talisman Harry Kane may not have finished as the top scorer in England in the 2017-2018 season, but the 24 years old did enjoy his best-ever Premier League campaign as he became the fourth-youngest player to score 100 league goals.

The England international has proven himself to be one of the best in world football in recent years, and with 108 goals in just 153 appearances, Kane has a genuine chance of matching the all time record of 260 Premier League goals set by Alan Shearer. 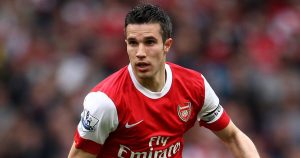 The Premier League certainly needed a bright spark after a somewhat mediocre 2010/11 season, where the Golden Boot was shared by Manchester rivals Carlos Tevez and Dimitar Berbatov with 20 goals.

And Arsenal star van Persie was the man to provide such a spark, hitting the 30-goal mark to almost single-handedly help the Gunners secure a spot in the top four. The Netherlands attacker proved it was no fluke by hitting 26 in the following campaign, albeit in new surroundings at Man United. 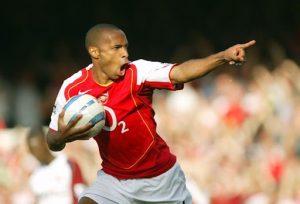 Before van Persie became king of north London, it was Henry that truly epitomised what world-class strikers are made of, with the French forward kicking off a period of dominance in English football.

Shearer was the first to achieve three successive Golden Boots, with Henry following suit between 2003 and 2006. He hit totals of 30, 25 and 27 goals respectively, the first of which arrived in Arsene Wenger’s unforgettable ‘Invincibles’ season. 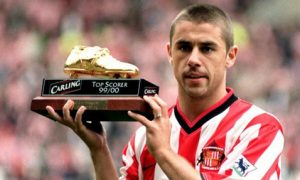 Before van Persie, Henry and Kane came Sunderland hero Phillips, who became the first player to reach the 30-goal mark since Shearer’s 31 five years prior. Such goals may now be a distant memory for fans of the Black Cats.

Lionel Messi and Cristiano Ronaldo have been dominating the European Golden Shoe for several years now, but it was Phillips’ name on the trophy at the turn of the century, and he remains the only Englishman to win the prestigious award.

Kane did manage to get his hands on the Golden Boot in 2015/16 thanks to his tally of 25, but it was the following season where he truly came to life, firing Spurs to second in the table with 29 goals.

His efforts saw him clinch a second successive Golden Boot, but more impressive perhaps is the fact that his goals arrived in just 30 league games, having missed a chunk of the season through an ankle injury. 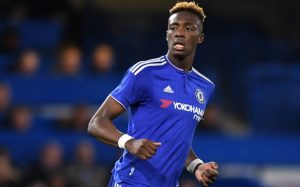 After three years of English football dominance, Man Utd were finally knocked off their perch by Chelsea. Frank Lampard’s 22 strikes from midfield certainly helped the Blues to their third Premier League title, but Carlo Ancelotti’s outfit would have been helpless without main man Drogba.

The Ivory Coast international was one of the most feared strikers in world football at the time, furthering that reputation with 29 goals in 2009/10. The formidable forward left Stamford Bridge a legend, hitting heights of 104 goals and 54 assists in 254 appearances.

For more Premier League news, click on this link!