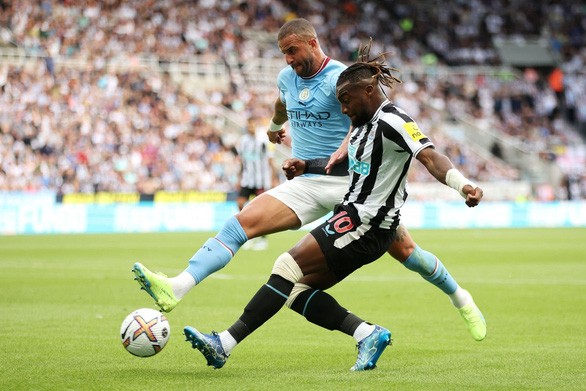 The results of the current rankings show that point, when Arsenal rise to the top with all 9 points and Leeds, Brighton and Newcastle are also in the top 6.

Although the ranking of the first rounds does not mean much, fans have reason to believe that the fierce competition of the Premier League is back.

During the past 4 years, Man City and Liverpool alternately took all 3 points against weak teams. Now, Arsenal and Tottenham are learning this way.

It is quite early to predict the future of Chelsea with MU. But Newcastle is becoming a threat to the “Big 6” group. Their 3-3 draw against Man City was a declaration of war that Newcastle sent to Man City.

In the same season last year, what Newcastle needed is time, and after just one summer they seem to be much better. Thanks to the power of money, Newcastle do not have to worry much about retaining the pillars.

Liverpool, Chelsea and Man City – the three strongest teams in England in the past few years, in turn, have made big changes, creating a spectacular start of the new Premier League season.