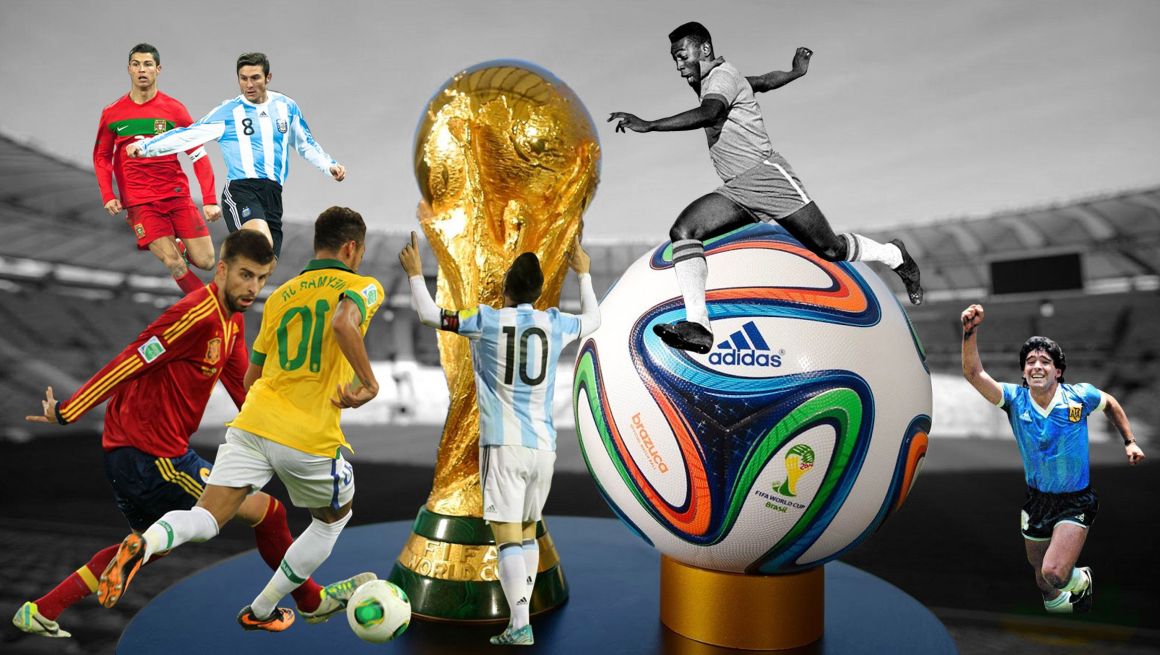 Which are the most goals scored in a world cup game by one team? Let’s walk through World Cup history and find out the scored king!

On 11 April 2001, Australia made the whole world surprised by their mighty victory over American Samoa with a score of 31-0. And yet, this match has been marked as most goals scored in a single World Cup and also the biggest defeat in soccer history.

The outcome of the match led to debates about the format of qualification tournaments, with the Australian manager Frank Farina and Thompson feeling that preliminary rounds should be introduced to avoid such unbalanced matches, views shared by the international footballing body FIFA. It eventually led to the introduction of a preliminary round in the Oceanian zone qualification for the 2006 FIFA World Cup. The unbalanced level of opponents was also addressed by Australia’s move to the Asian Football Confederation in 2006.

As the match becomes folklore, let’s find more information about this legendary event below! 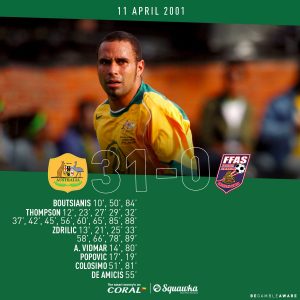 Australia fielded a team with several rarely used players as many regulars were either rested or omitted from the team. Strikers John Aloisi and Damian Mori who combined for 10 goals in the 22–0 win over Tonga were also omitted for this match. The American Samoa team were troubled by passport issues, with only one member of their original 20-man senior team, goalkeeper Nicky Salapu, eligible to play.

American Samoa was also unable to call their under-20 players because most of them were involved in high school exams at the time. They were forced to draft in their youth players, including three 15-year-old players, to put together a makeshift team with an average age of 18. According to team manager and Football Federation American Samoa vice-president Tony Langkilde, some of the Samoan players had never played a full 90-minute game before the match with Australia.

American Samoa held Australia scoreless for the first ten minutes of play until Con Boutsianis scored Australia’s first goal from a corner kick. Archie Thompson scored his first goal in the 12th minute, and his strike partner, David Zdrilic, added his first goal a minute later. Tony Popovic added two successive goals in the 17th and 19th minutes to extend Australia’s lead to 6–0. In the 25th minute, Zdrilic achieved a hat-trick, making the score 9–0 for Australia. Thompson then scored 6 of the next 7 goals as Australia led 16–0 at half-time. Thompson led Australia in scoring with 8 goals at half-time, and Zdrilic had 4 goals.

Boutsianis, who scored the first goal of the first half, scored the second half’s first goal in the 50th minute. Boutsianis later added another goal to complete his hat-trick. Thompson and Zdrilic added 5 and 4 goals to finish with 13 and 8 goals, respectively. Boutsianis finished with 3 goals, while Popovic, Aurelio Vidmar and Simon Colosimo scored 2 goals each, and substitute Fausto De Amicis scored one goal.

In the 86th minute, despite being down by 29 goals, American Samoa managed to launch an attack towards Australia’s goal when Pati Feagiai had a shot, which was saved by Michael Petkovic. That was American Samoa’s first and only shot on goal.

The large number of goals created confusion over the correct scoreline. At the end of the match, the scoreboard at the stadium showed 32–0 and Thompson was credited with 14 goals. After the statistician did a recount, the 31–0 scoreline was announced, and Thompson’s total goals count was reduced to 13. After the match, FIFA went on to release the official statistics after receiving the official report from the referee and match officials, which confirmed the 31–0 scoreline and Thompson’s 13 goals.

A few little factoids about the game may have been forgotten 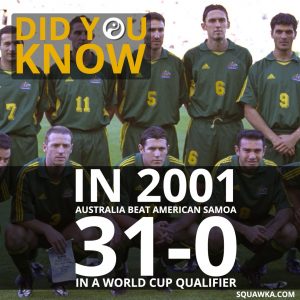 1. American Samoa had 19 players out due to passport issues

Meaning they only had one player from their usual roster that actually played in the game.

2. Their back-ups from the Under-20s side couldn’t play because of exams

Usually you’d think a World Cup qualifier would be more important than school, but you feel they probably knew they’d get humped.

3. Some of the American Samoan players had apparently never even played a 90 minute game of football

Manager Tony Langkilde said some of the players struggled because they weren’t used to playing for such a long length of time.

4. Australia didn’t even score until the 10th minute

Which means they actually scored 31 goals in 80 minutes of football.

5. American Samoa did actually have one shot on goal

It took until the 86th minute, but Pati Feagiai’s name will go down in history as ‘that guy who had a shot against Australia’.

Michael Petkovic was the killjoy keeper who saved it.

The Socceroos knew they would absolutely walk the game, so they picked a weakened team themselves. They even dropped John Aloisi, who had scored six goals in their previous match. Speaking of which…

Which itself was a world record for an international match – on April 9 2001 the Socceroos recorded the emphatic win over Tonga, meaning in three days they scored 53 goals, and conceded none.

Which means the country’s all-time football stats are somewhat skewed. Thompson sits third on the list of top scorers for Australia, with 28 goals in 53 games. However, 13 of them came against one opponent, which doesn’t quite seem fair…

9. No-one was actually sure what the score even was

The scoreboard at the end of the game had the result at 32-0. But the referee and match officials had the score at the correct 31-0, meaning American Samoa weren’t too humiliated.

10. The records that tumbled were ridiculous

Not only was it the highest win in an international match, but Thompson’s 13 goals was also (unsurprisingly) the highest individual goal tally for one game.

Thompson also equalled the world record for most goals scored in a senior match, matching the record set in 1885 by John Petrie in Arbroath’s 36-0 win over Bon Accord in the Scottish Cup.

11. It had genuine consequences on world football

Australia weren’t even happy by winning the game by such a big margin – for them, it forced the issue that they couldn’t keep on playing at such a low level.

That’s all for most goals scored in a World Cup game by one team. What do you think about this match? And what topic do you want us to share in our next post? Don’t hesitate to tell us in the comment section below!

Who Are Best World Cup Players Of All Time?